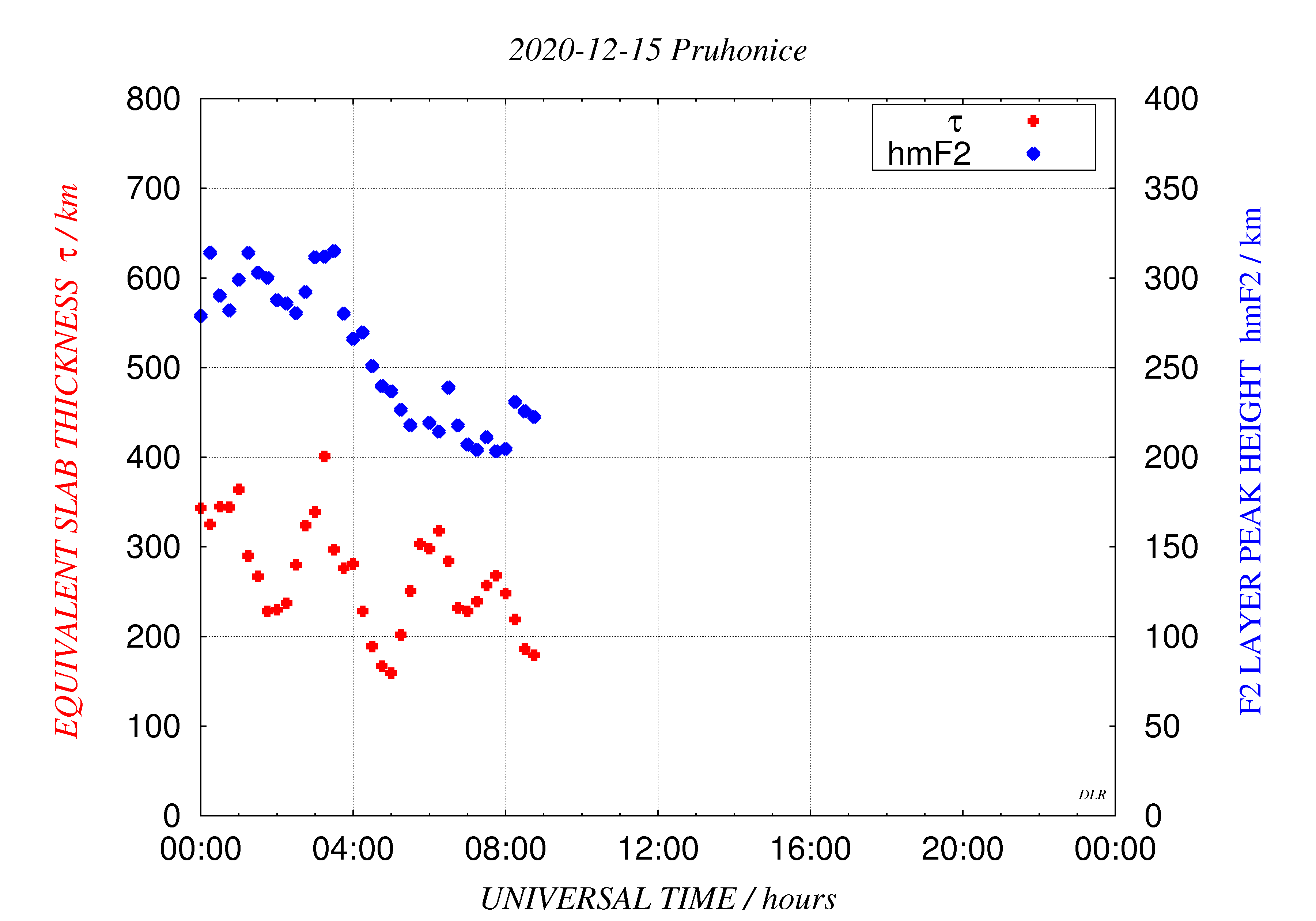 This service is implemented through a combination of products, tools and alerts which can be found through the following tabs along with expert support provided by the teams constituting the SWE Network. Should you require further guidance in the use of this service, or have specific questions about any aspects of the service presented here, don’t hesitate to contact the Helpdesk.

The service is implemented through the following set of assets:

While quiet ionospheric conditions are considered in many applications, disturbed conditions limit the functionality and availability of most systems. Prominent ionospheric perturbations are e.g.

ROT (Rate of change of TEC) is derived from the first derivative of TEC with respect to time. It is proposed as useful tool to monitor small-scale variability. The Rate of change of TEC index (ROTI) is defined as standard deviation of ROT. In the service provided here, ROTI is generated from ground based real-time data streams. The calculated values are associated to the ionospheric pierce points. ROTI is a good indicator for scintillations.

ROTI maps are provided by IMPC and RTIM. Within the RESOSS application, ROTI at the ground is provided. This product shows ROTI for a specified ground receiver location, which is easier to apply for users.

Additionally, the SUA activity provides ROT along the flight paths' of the three Swarm satellites.

The service provides a map of Europe presenting the current level of ionospheric activity (perturbations of foF2). It shows the deviation of the observed foF2 parameter in respect to the running 30 days median. The maps are published with a latency of 15 min.

Solar flares cause plasma density enhancements in the ionosphere. These immediate electron density perturbations are detected by the following product.

SISTED is monitoring simultaneous sudden enhancements in the ionospheric Total Electron Content (TEC) using the drift rate (second time derivative) of the ionospheric carrier phase product (LI) which can be derived from the GNSS signal. LI is linearly related to the Slant TEC (STEC) along the satellite-receiver ray path under consideration. The drift rate is used to generate a set of three Impact Parameters (IP). An IP tells (in %) how many satellite-receiver pairs are affected by abrupt over ionisation.

The following products are associated with this service:

Tools associated with this service:

The GNSS Performance Indicator initial tool is an on-demand tool concept that provides a measure of space weather impacts on a specified Use Case, based on data from various products in the space weather portal. The indicator is given as a number, a color, and a text description. A machine-to-machine interface is also available.

Alerts associated with this service:

Alerts for ionospheric disturbances in the European sector

This section provides links to web pages or resources that are not part of the SSA Space Weather Network or esa.int domain. These sites are not under ESA control and therefore ESA is not responsible for any of the information or links that you may find there.