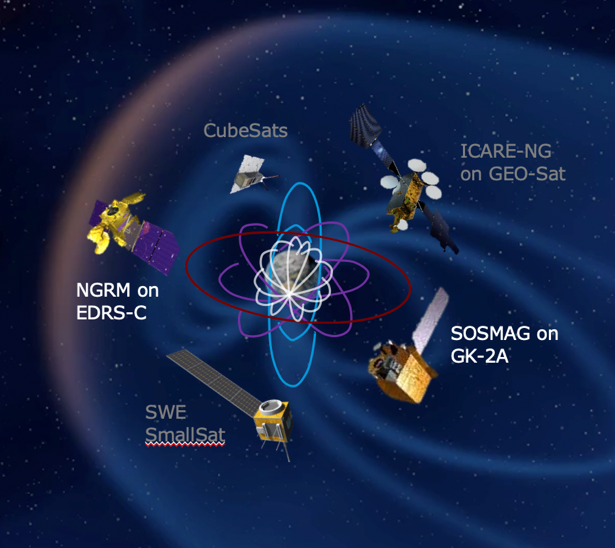 NGRM entails two particle sensors, the electron detector (ED) consisting of 16 circular silicon strip detectors with a circular step collimator on top, and the stacked detector (SD) comprising an assembly of seven silicon detectors layered with several aluminum and tantalum degraders. Incident charged particles are registered according to the detection logic in one of 16 electron or one of 10 proton channels. [L. Desorgher et al., 2013] 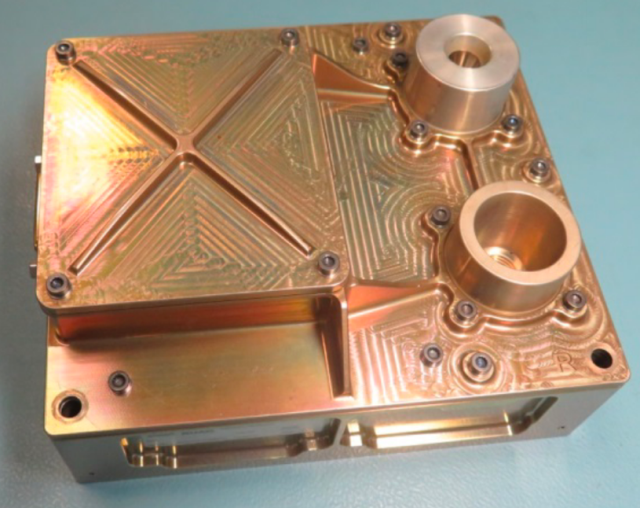 Figure 2. The NGRM flight model with the detector system in the right of the instrument and the data handling and I/F electronics in the left part 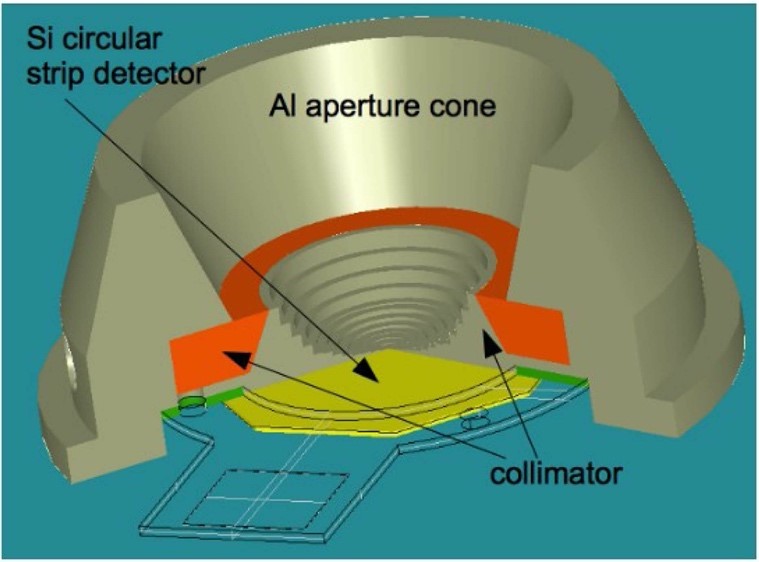 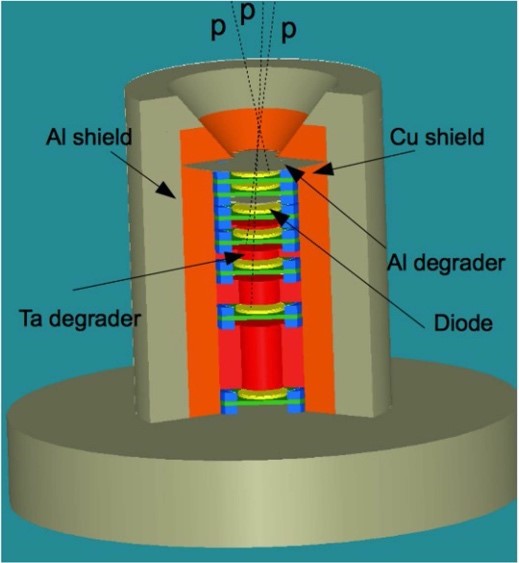 For the calculation of electron and flux products, two different methods have been applied; the Bow-Tie (BT) analysis and the Genetic Correlative Unfolding Method (GenCORUM).

The BT analysis applies to the response functions of the detectors channels and allows the derivation of a scaling factor for the conversion of the detector’s count rates to flux products for an energy value that minimizes the uncertainties expected at the encountered space radiation environment (cf. Sandberg et al 2019)

The GenCORUM [Aminalragia-Giamini et. al 2018] is an artificial intelligence method which employs a Cased-Based Reasoning (CBR) process coupled with a Genetic Algorithm (GA). The CBR process performs an initial crude unfolding taking into account the count-rates measured from all the detector channels simultaneously, and the GA optimizes the resulted flux values.

which includes electron omnidirectional differential fluxes FEDO[ (cm2 s sr MeV)-1 ] de-convoluted using the GenCORUM. The energy bins and the respective energies [MeV] per particle and spectra type of the provided datasets are given in Table 1