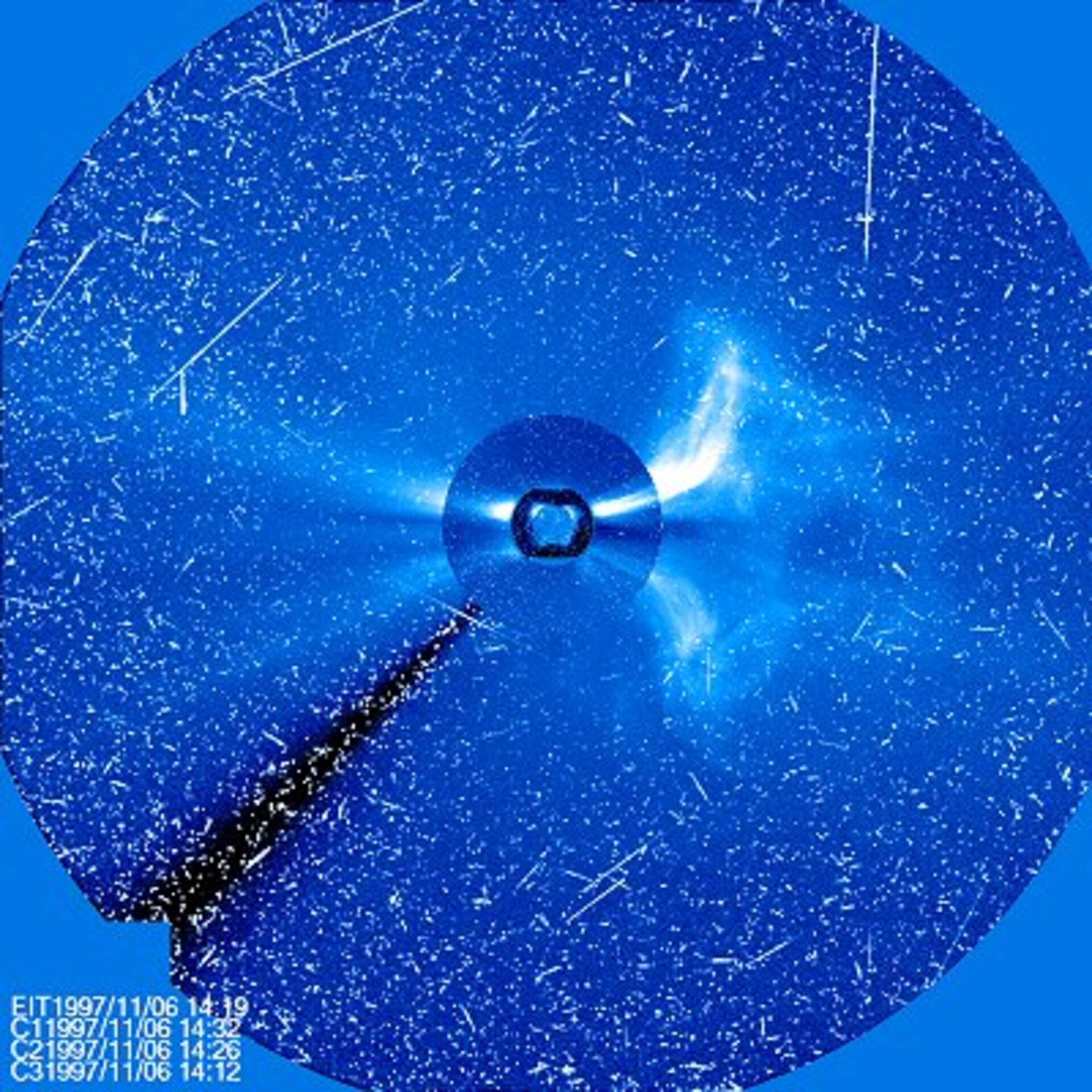 GCRs originate from outside the Solar System and are composed of high-energy protons, alpha particles and heavier nuclei. Their flux is constant and modulated by solar activity. GCRs are a threat to astronauts and spacecraft electronics on interplanetary missions. Life on Earth is protected from GCRs by the Earth's magnetic field and atmosphere. However, GCRs could be a health concern for aircraft crew flying regularly at high altitudes and latitudes.

SEPs consist primarily of protons and electrons accelerated by solar flares or interplanetary shock waves associated with Coronal Mass Ejections (CMEs). Their intensity and occurrence are difficult to predict. SEPs cause similar damage as GCRs. They are also a threat for astronauts during an extravehicular activity (EVA) and a source of solar panel degradation.

Micron-sized particle impacts over a period of time will degrade optical surfaces on spacecraft.